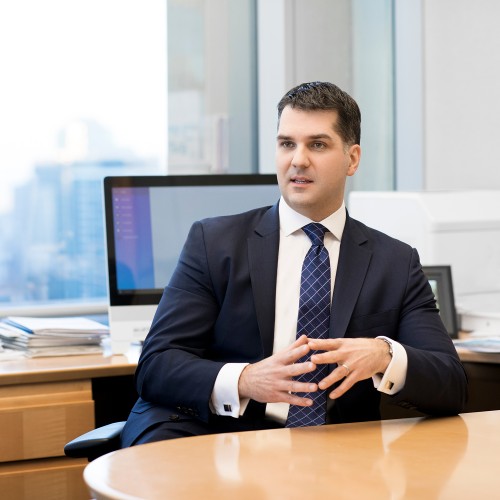 Senior Advisor to the COO

Daniel Dufresne is a Senior Advisor to the COO at Citadel.

Daniel joined Citadel in 1999 as Head of Repo Trading where he established the infrastructure to fund Citadel’s Global Rates business and later traded as a PM. He then served as Global Treasurer for 12 years, where he oversaw the firm’s treasury and operations functions globally and was responsible for the firm’s liquidity framework, secured funding, capital allocation, counterparty strategy and post trade operations. He most recently served as Global Head of Counterparty Strategy.

Mr. Dufresne has been a member of the Treasury Borrowing Advisory Committee (TBAC) since 2015, where he now serves as Vice Chair.  He previously served 11 years on the Treasury Market Practices Group (TMPG) and was a member of the Task Force on Tri-Party Repo Infrastructure which began in 2009.  That same year, he was named to Crain’s Chicago Business “Forty Under Forty.”

He received a Master of Business Administration, with Honors, from the University of Chicago Booth School of Business and a bachelor’s degree from Cornell University.