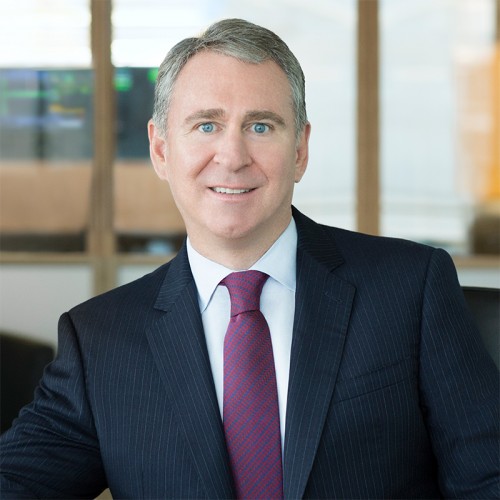 In 1987, Ken Griffin, a then-19-year-old sophomore at Harvard University, started trading from his dorm room with a fax machine, a personal computer, and a telephone. From this modest but ambitious beginning, Ken caught the attention of hedge fund pioneer and co-founder of Chicago-based Glenwood Partners, Frank Meyer, earning him the opportunity to establish what would one day become Citadel.

Ken founded Citadel in 1990 and has since served as the firm’s Chief Executive Officer. Today, Citadel is recognized as one of the most respected and successful investment firms in the world, and manages over $39 billion in capital for its partners.

As a leader within the Chicago community, Ken actively participates in civic and cultural institutions, serving on the Board of Directors of the Chicago Public Education Fund, and the Board of Trustees for the Art Institute of Chicago, the Museum of Contemporary Art Chicago, the Whitney Museum of American Art, and The University of Chicago. He is also a member of numerous business organizations, including G100, the Civic Committee of the Commercial Club of Chicago, and the Economic Club of Chicago.

Ken earned his bachelor’s degree from Harvard University and is a proud supporter of his alma mater. In 2014, he donated $150 million to support need-based financial aid at Harvard, the largest gift in school history at the time.